When they penned the big D, our founding fathers told us we had certain inalienable rights, one of which was the Pursuit of Happiness…..Ever since, Americans have had Wile E. Coyote in their blood, chasing the Roadrunner out over a cliff, thinking peace of mind was just around the corner. And yet as we all know, usually there’s only several tons of Acme Safe waiting for us (if you’re under 30 and have no idea who the Roadrunner is, look him up on YouTube. 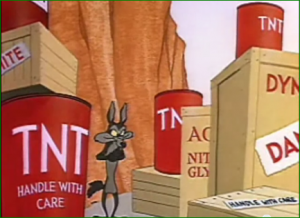 What’s waiting for you around the bend?