Pulitzer Prize winner William J. Broad’s book, The Science of Yoga: The Risks and the Rewards

, certainly created a lot of controversy among the yoga cognoscenti…. Without wading too deeply into it, I think it’s important to remember: IMHO it’s not that yoga can/cannot cause certain things. Rather, it’s that overemphasis on the forms, as articulated by Iyengar and then deified by many of his disciples (NOT him), leads practitioners away from the ultimate Y of yoga….Union…that goes back to Krishnamacharya who said the practice has to be about the person not the posture.

Unfortunately in our American iteration, the more popular the teacher, the less able h/she is to pay attention to individual differences…Guys tend to have tighter muscles, and more importantly, less open hips…IN GENERAL, men require a much different approach than women; but then women need different approaches from each other.

The readings go from newest to oldest. Many thanks to Victoria McColm of Prevent Yoga Injury for suggesting that I assemble a list, and to authors and publishers who brought books to my attention. Their concerns, and the wide discussions that have arisen since The Science of Yogawas published, suggest a growing interest around the globe in making a great practice even greater.

Benjamin Lorr , Hell-Bent: Obsession, Pain, and the Search for Something Like Transcendence in Competitive Yoga

Tony Wolff, Lightening Up: The Yoga of Self-Acceptance

Peter Blackaby, (Brighton, U.K.: Outhouse Publishing, June 2012), 174 pages. A teacher’s plea for safety through individualization and anatomic savvy. Filled with beautiful photographs and illustrations. “Some of us are supple, others are stiff,” Peter writes. “We need to establish our limitations and work within them.”

(Hanalei, Hawaii: Hihimanu Press, 2011), 384 pages. Argues for safety through natural alignment. Michaelle, who teaches in Hawaii, also runs a website, www.yogainjuries.com, where hurt practitioners can fill out a survey. Her goal is to help people achieve “maximum benefits with no pain or injuries.”

(Tucson: Wheatmark, 2009), 1,106 pages. Chock full of charts and tables, diagrams and text that science fans will find enlightening. Mel, a scientist and Iyengar teacher, devotes Appendix II to “Injuries Incurred by Improper Yogasana Practice.” Moreover, under Injuries, the Index cites many entries – one, for instance, on the anterior cruciate ligament of the knee.

(Champaign, Illinois: Human Kinetics, 2004), 355 pages. The inside story on extreme bending. Chapter 14, “Controversy over Stretching and Controversial Stretches,” includes a discussion of X-rated poses. Michael, like The Science of Yoga, raises questions about the Plow and the Shoulder Stand. 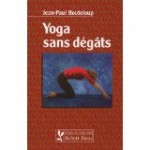 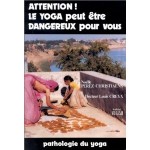 Noelle Perez-Christiaens and Louis Creyx, Attention, le yoga peut etre dangereux pour vous! (Attention, yoga can be dangerous for you!) (Paris: Institut de yoga B.K.S. Iyengar, 1980), 287 pages. This cooperative effort between a practitioner and a doctor is long out of print but shows that concern about yoga injuries began decades ago.

My New York Times article on yoga risks for men, “Wounded Warrior Pose.” Tells how injured guys brought their upended lives to my attention and how I found that men go to hospital emergency rooms more often than women.

My New York Times article, “The Healing Power of Yoga Controversy,” a short excerpt of the paperback’s Afterword pegged to the first anniversary of The Science of Yoga’s publication.